Taurus Solutions are Kenya’s most trustworthy provider of material handling solutions. We initially began in 2012 as a distributor for Anhui HELI. HELI of course, require no introduction. The largest forklift manufacturer in the ultra-competitive Chinese market, and having maintained that title for nearly three decades now, HELI have since gone on to set their sights on overseas markets.

At the time of writing they find themselves firmly enmeshed within the top ten largest forklift manufacturers in the world at sixth place, with their immediate focus on cracking the top five. China have had strong economic ties with multiple African countries in the past decade that have only been growing, and as one of Kenya’s largest economies it was only natural that HELI would look to Kenya when looking to enter the East African forklift market.

Our association with HELI has continued to grow stronger, including multiple visits to and from China between both of our teams. Our portfolio on the HELI side now includes forklifts, pallet trolleys, and stackers on the warehouse side, as well as wheel loaders for the construction market. 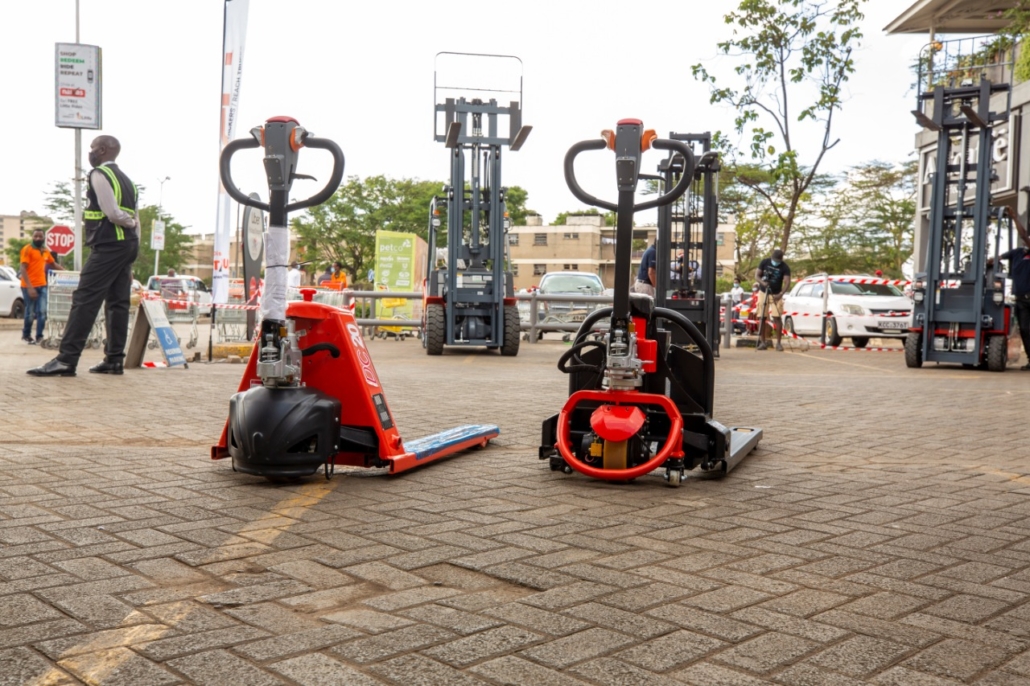 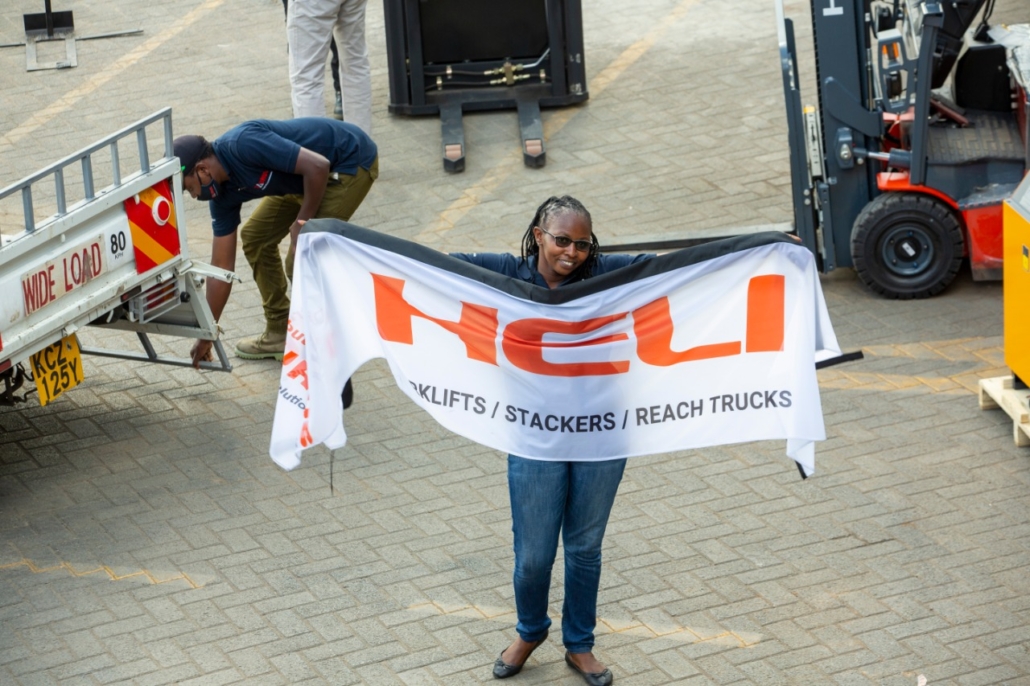 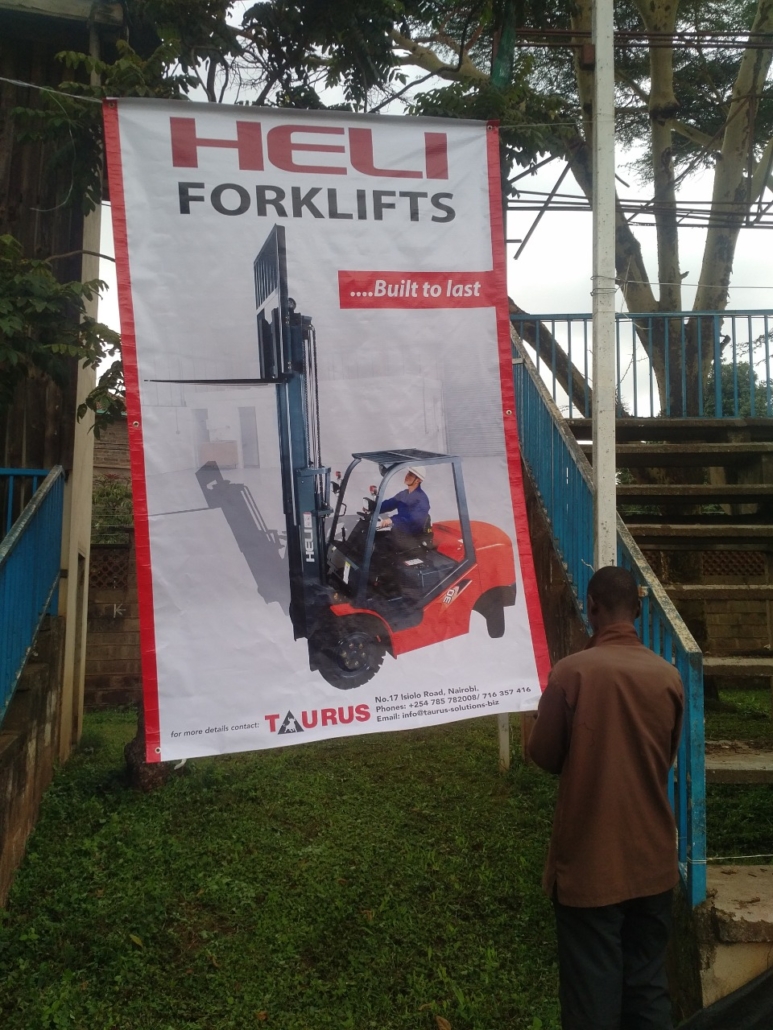 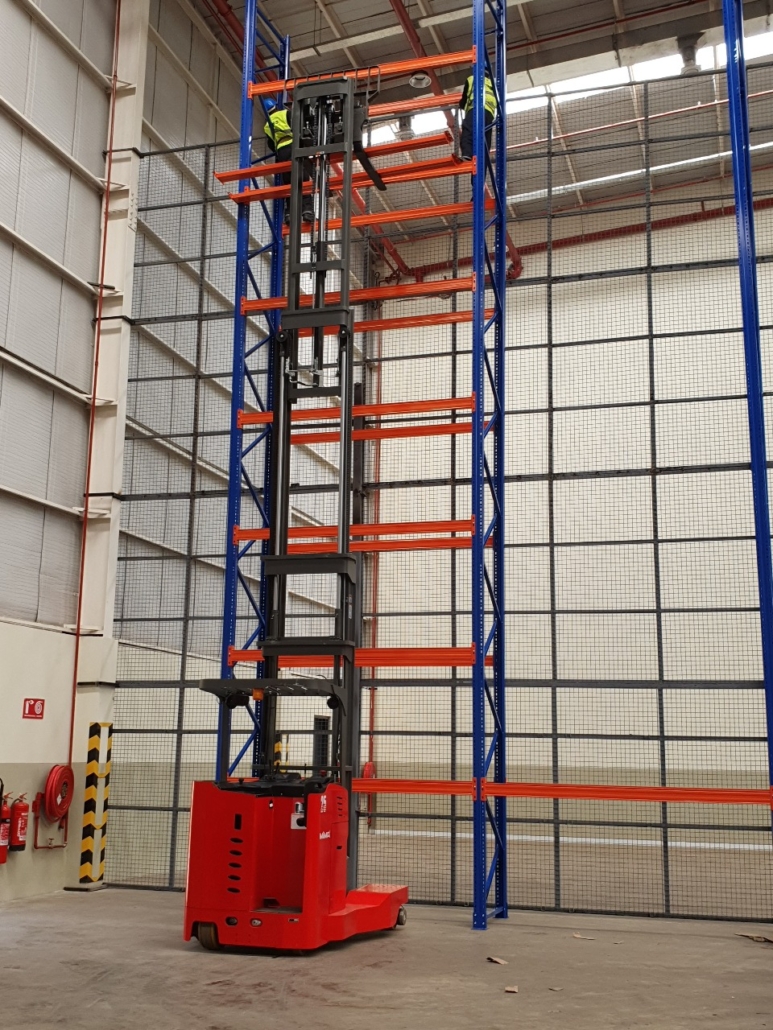 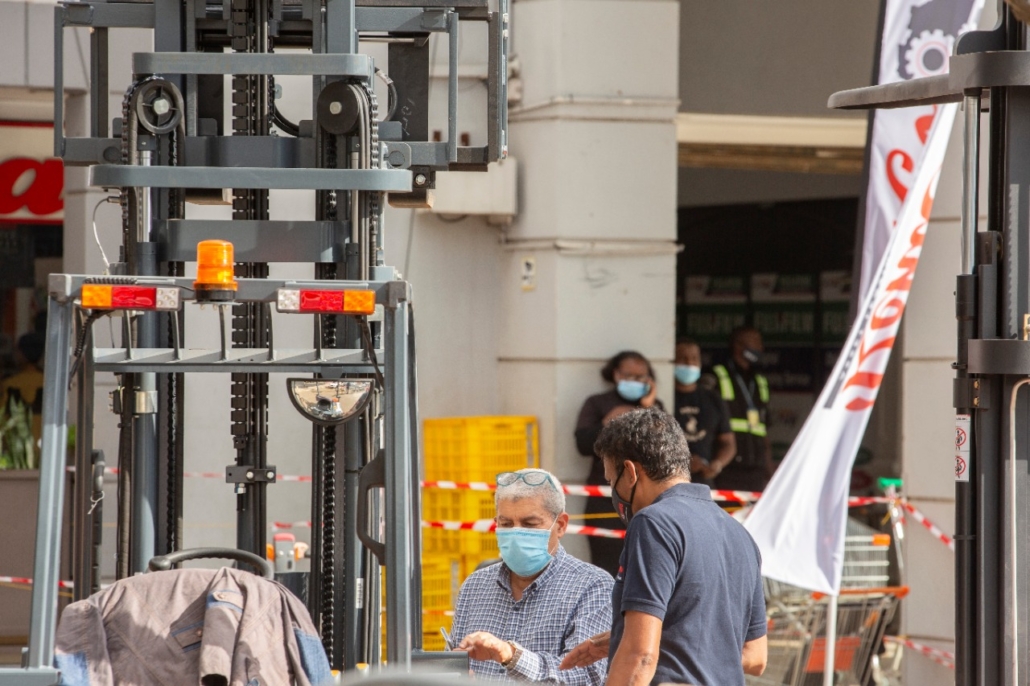 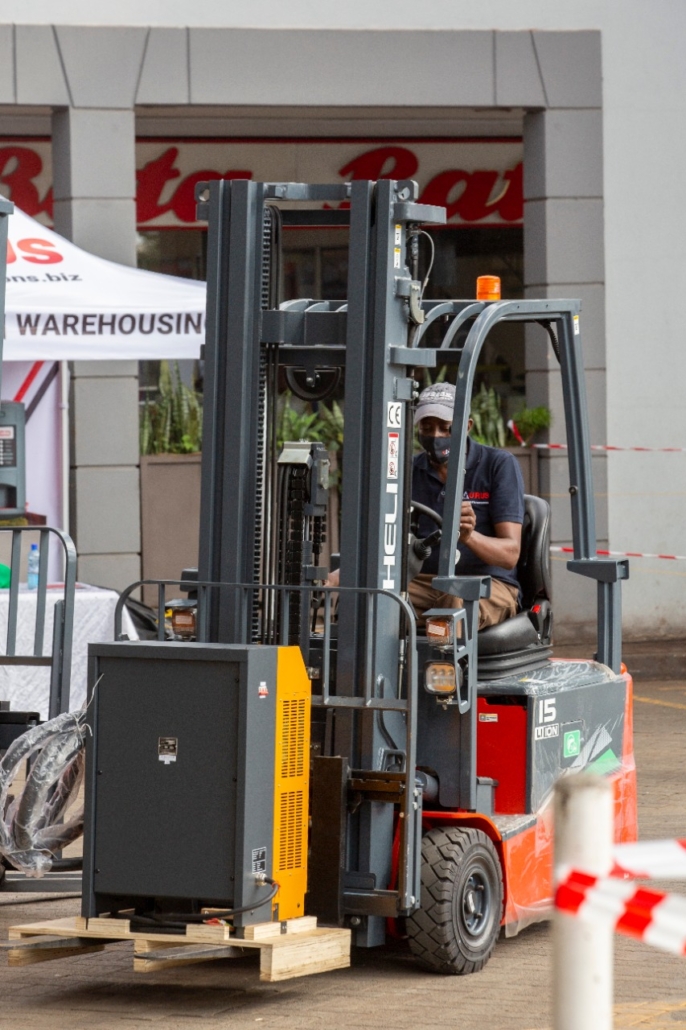 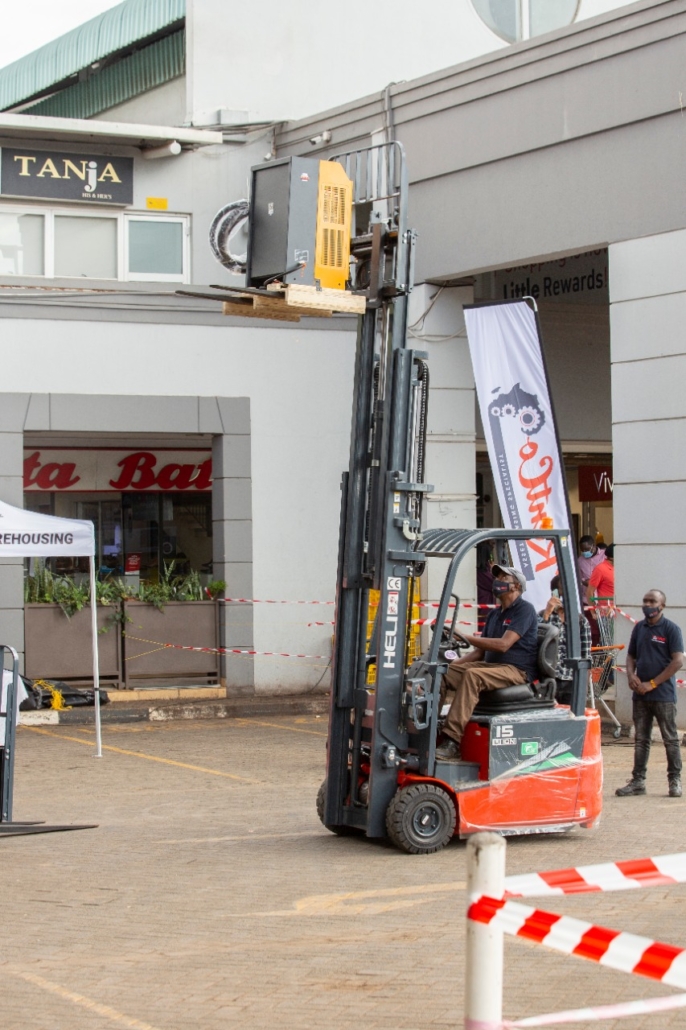 We initially offered forklifts that run on LPG + petrol hybrids, and while we still offer those our range has expanded to encompass diesel, electric, and most recently the Lithium-Ion battery. It’s safe to say that the latter has revolutionized the industry. Short charging times, long working hours, no maintenance; it’s safe to say that the “Tesla of forklifts” is a fitting moniker!

Through our Irish partner Combilift, we offer the excellent Aislemaster, intended for narrow aisles and great heights. Combilift haven’t been in Kenya for a long time, but their Aislemaster has already gained a reputation for unparalleled utility among forklifts.

We then looked back to China to Sinoboom, to aid us with the supply of equipment to lift people for various needs and circumstances. They offer scissor lifts, telescopic lifts, as well as articulated lifts.

As we continued to grow and worked with customers in various industries, we realized that there were several companies offering various segmented elements of warehousing that did not necessarily work in tandem with each other.

Businesses which changed all their pallets because they were unsuitable for their new racks, companies which had assembled racks that didn’t complement their existing fleet of stackers and forklifts, customers who having invested in racks and forklifts were still faced with poor floors and damages due to collisions.

We decided to attack the problem in stages. In 2019 we partnered with Sunnyrack, a company whose zeal for excellence and attention to detail matched our own. With their support we now offer a complete portfolio of racking and shelving solutions, including selective pallet racking, very narrow aisle (VNA) racking, drive-in pallet racking, shuttle racking, cantilever racking, and even the construction of mezzanines.

This meant that we could now design the warehouse at any stage, before it is constructed or after, and co-ordinate the relationship between the racking as well as the forklifts and stackers. This was a step in the right direction. 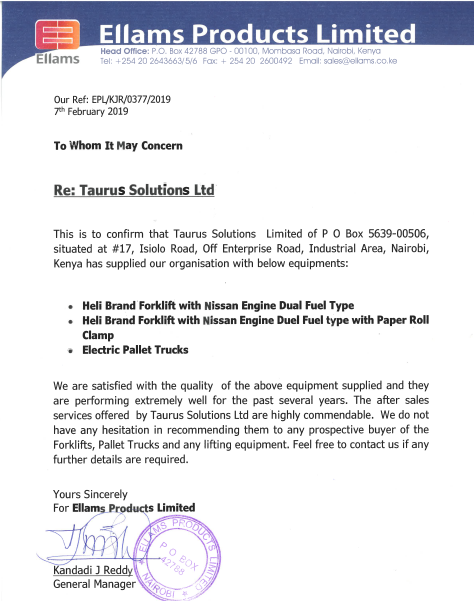 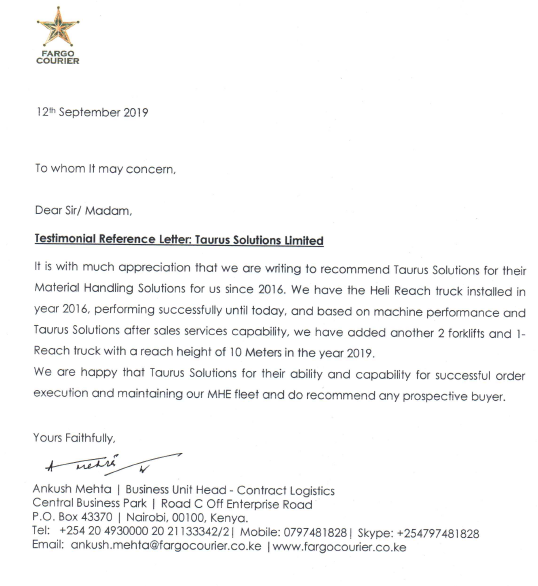 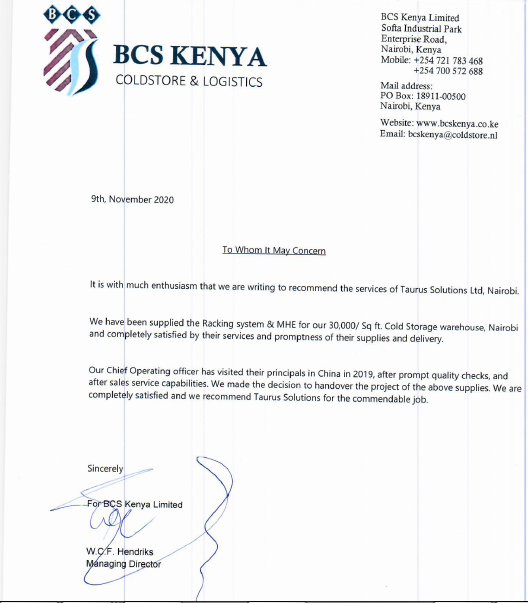 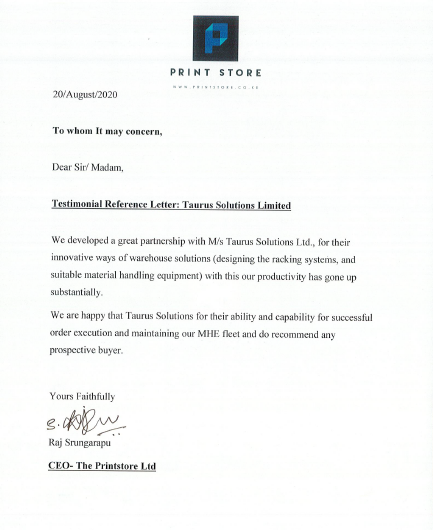 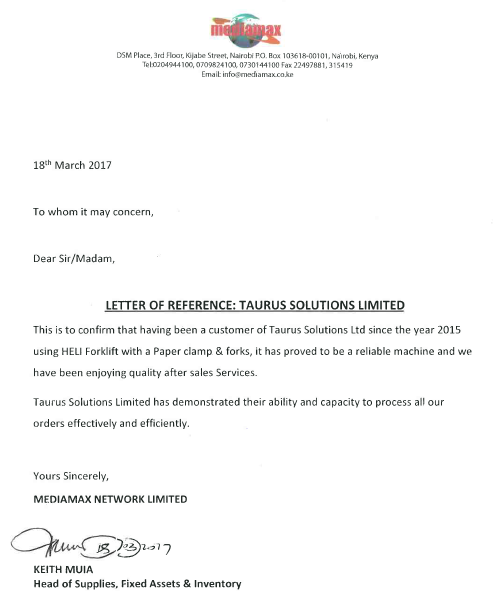 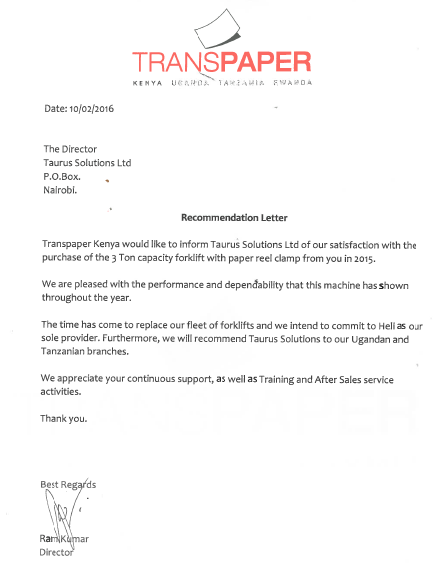 At that point there were companies in Kenya offering either racking or forklifts, but not both. Next we tackled the pallets themselves. We partnered with ACME, a Kenyan manufacturer specializing in plastic pallets. More firm than wooden, far more long lasting, and faster to produce, through them we can tackle any requirement.

We then looked at RTile provide us with top-notch flooring solutions. Their unique product comes with an unprecedented warranty for a reason. Extremely long-lasting, and able to weather a great deal of damage, their flooring solution has been quickly proved to be a superior option to standard PVC or epoxy flooring.

It also serves as an excellent complementary option to concrete floors. Considering the amount of calls we get for replacing forklift tyres which were disintegrating under tough warehouse conditions, this is a step to mitigate that. RTile themselves expanded and introduced protection systems for the warehouse, manufactured and imported from Italy.

Collisions between racks and forklifts are all too common in the warehouse, but their products absorb the impact with minimal cosmetic or lasting damage to either product. This meant that the valuable investment made towards equipment was protected a little longer, as well as looking out for the forklift operator as well.